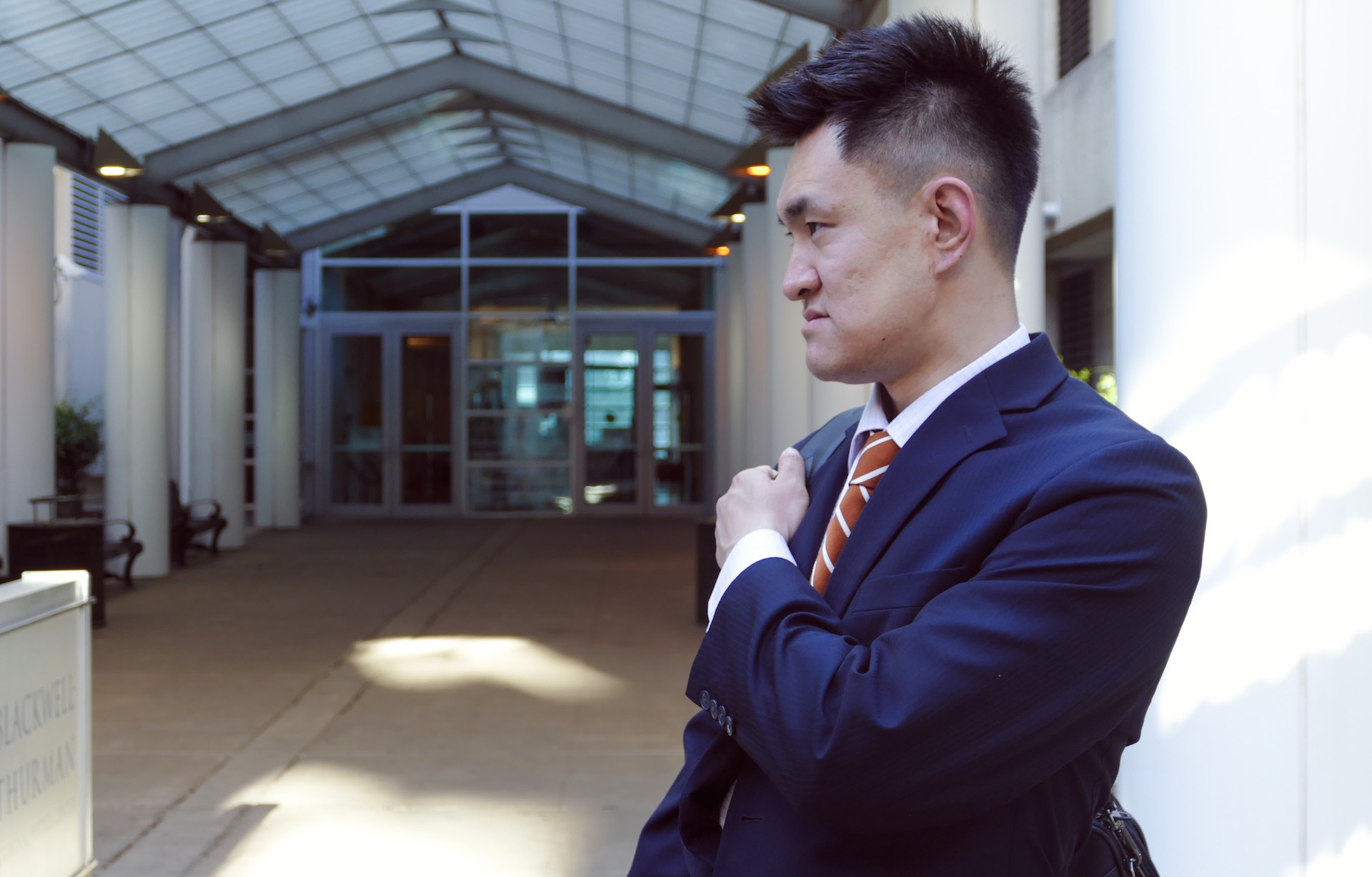 Born in rural ChinaTony Sun was raised by his grandparents who were forced to become farmers during the Chinese Revolution. Tony’s grandfather protested against the Chinese government and was jailed for 7 years for speaking up in public. Tony’s father fled to the United States to escape the oppressive society of China.

As a child, Tony learned from his father what justice really meant, including the right to have a lawyer and the right to be presumed innocent. As an only child, all of his parents’ attention was set on him. When his parents disciplined him, he often came up with creative arguments to defend himself against getting punished. Most of the time, he was unsuccessful, but this taught him to be fearless even when the odds were stacked against him.

While Tony was in school, he often used this skill to argue for points back on his exams. He would never give up on something if he thought he was treated unfairly. If he was unsuccessful the first time, he would always go back home and and rethink another angle to approach the topic to convince the other person why it was a good idea for them too.

When it came time to decide what to do after law school, it was an obvious choice for Tony — to stand up for the people. From the very beginning, he showed his motivation was to be the best lawyer he could be, not fame or fortune. For example, when he was deciding on which law school to attend, he turned down a full scholarship at Baylor Law School to attend the University of Texas Law School in Austin because the top criminal law professors were at the University of Texas. He wanted to study under professors who wrote the actual criminal laws and the professor who was hired by the Judge in the OJ Simpson case to help the court decide what evidence to exclude so that OJ could have a fair trial.

It was Tony’s dream to bring justice to all Texans who get hastily accused by law enforcement of doing something wrong. This dream was realized when Tony founded his own law firm, the Law Office of Tony Sun. The law firm’s mission is to help good people get a second chance.

As a way of giving back, Tony has been working on a YouTube channel to empower Texans to stand up for themselves against the police and know their rights. However, Tony’s proudest role is as a mentor to pre-law students who have a passion for defending people too.