Get a Fake ID with Your Real Name

possible consequences for a Fake ID: you could get a ticket OR you could go to jail. This article explains the law of fake ID’s through the lives of two college freshman, Proactive Paige and Reactive Rob.

Disclaimer: This article isn’t encouraging you to get a fake ID. Personally, I prefer to go bowling or play monopoly with friends. You should try these first if you want to have fun. 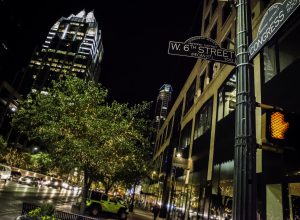 Reactive Rob just graduated high school and because he procrastinated, he only had time to register for the last summer orientation. Rob went with the singular goal of registering for classes. He overheard some people talking about how fun going out to sixth street will be. He asked them, “don’t you need to be over 21?” They said, “yes, but you can just get a fake. there’s even a group discount from ID God if you order with your friends.”

A few weeks later, a girl Rob met at the orientation, Proactive Paige, texted Rob to tell him that her and her friends were going to buy two ID’s each from ID God. And she asked Rob if he wanted to join in. Rob didn’t want to miss out on anything, so he went along with it. Paige asked Rob what name he wanted on it. Rob thought to himself,

If I get a fake ID, I’m already doing something illegal, so shouldn’t I put a fake name on there, just in case I lose it, and the police find it, they won’t be able to trace it back to me and arrest me?

Use a Fake Name and Go to Jail

So he went ahead and used a fake name, “Chad Fenves”. He thought that it was pretty funny because Dean Fenves is the president of UT. The day before he moved into his dorm, the ID’s arrived.

That same night, Paige invited him to go out to sixth street with her and her friends. It was wild, people were everywhere, and music was booming out of the clubs. The first bar they went to was Maggie Mae’s. He stood in line, waiting for what seemed like an hour, as the line was extremely slow because people kept cutting in front of their group. But now it’s Rob’s turn,

he hands the bouncer his ID,

the bouncer looks at it,

then looks at Rob,

then looks back down at the ID,

and asks him what his address is.

The officer told Rob tonight he was going to write Rob a Citation and Release for Identity Fraud. This means that the officer chose to write Rob a citation instead of taking him to jail. But the citation required Rob to turn himself in to the Austin Jail.

Identity Fraud is a Class A Misdemeanor

Use Your Real Name and Get a Ticket

Paige was right behind Rob in line, and before she saw what was going on, she had already handed her fake ID to the bouncer too. It was too late — another undercover police officer pulled her aside to tell her that he was going to confiscate her fake ID. And the officer asked to see her real driver’s license.

Paige thumbed through her purse and handed the officer her real driver’s license. It said her real name Proactive Paige on both ID’s. The officer told Paige at this time that he was going to write her a Ticket for Misrepresentation of Age by a Minor.

Misrepresentation of Age by a Minor is a Class C Misdemeanor

Rob is used to getting in trouble with his parents. They’re always telling him that if he just told the truth, he’ll get in less trouble than if he constantly lies to them and they later find out about it. So Rob plans to use this strategy with the judge to hopefully get in less trouble.

On the day of his court date, Rob barely shows up on time and finds the courtroom where his case is assigned. He sits down and patiently waits for the judge to call his name.

The judge finally calls his name, and he goes to the judge in front of the courtroom. The judge asks Rob if he wants to plead guilty or not guilty. Rob thinks about it for a second, and remembers how his parents told him he would get in less trouble if he told the truth, so Rob tells the judge, “I would like to plead guilty, your honor.” The judge asks him if he is competent to make the plea. Rob says yes. As a result, the judge sentences him to 12 months probation, where he needs to report to a probation officer and pay a $2000 fine, and do 40 hours of community service.

The next semester, Rob applies for a summer internship his mom told him about at the company she works at. However, there was one question on the application that bothered him: “Have you ever been convicted of a criminal offense?” He marked yes, hoping that they would look past it and take his mom’s recommendation that he was a good candidate. He never got an interview.

Paige’s ticket only has a fine of $500. But Paige read somewhere that you don’t want to pay the fine, because paying the fine will automatically result in a criminal conviction, which will hurt your chances at getting a job and getting into grad school. So even though her ticket was only $500, she decides to get a lawyer to help her handle it so it doesn’t ruin her future.

Her lawyer’s goal is to get Paige’s ticket dismissed and expunged, so Paige doesn’t have to worry about this ticket affecting her future. On her first court date, her lawyer negotiates with the prosecutor for a dismissal. The prosecutor agrees to deferred disposition, which is a special deal that the prosecutors give to people who have a bright future ahead of them. And because her lawyer works with the prosecutors every week, they are more likely to offer a better deal to Paige than someone who they don’t know. So now, all Paige has to do to get her ticket dismissed is to take two 4-hour alcohol awareness classes and do 12 hours of community service and pay $175 in court costs, and her ticket is over, without her pleading guilty or having a conviction on her record.

The next semester, Paige applies for the same summer internship as Rob. And there was the same question on the application: “Have you ever been convicted of a criminal offense?” She marked no. She had an interview lined up the following week and secured the internship for the summer.

So which one are you going to be in college? Proactive Paige or Reactive Rob?