What Do I Say When A Cop Asks “Have You Been Drinking?”

We’re known for our restaurants and bars. So if you’re having a nice dinner and drinks with your family and friends, surprisingly, this is a common scenario where a lot of people get arrested for DWI. So if you get pulled over by a police officer, how you handle that 5 minute interaction can have a big impact on your entire future.

For example, if you get pulled over by a police officer, and they ask you, “Sir, where are you coming from tonight?” This is the first trick they’ll use to get you to admit you’re coming from the bars. The second question they’ll ask is “How many drinks have you had?”

At this time, you’re already too far down the rabbit hole to lie. And the police officer knows this. So, you’re better off at the very beginning saying, “I’m sorry officer, but my attorney told me not to answer any questions without him present.”

It is NOT against the law to tell the police officer, “I assert my right to remain silent” or “I’m not going to answer any questions.”

If you remember in high school history class, the right not to incriminate yourself is guaranteed to you in the US Constitution. The main difference between the US and other countries is your legal rights, especially when the government is accusing you of a criminal offense.

The only two things you must do with a police officer is:

For example, when you get pulled over by a police officer, the police officer is accusing you of committing a traffic offense. And the officer will always ask you, “Do you know why I pulled you over?”

If you say “because I was speeding?” You just incriminated yourself and gave the officer foolproof evidence to use against you. Of course, for a minor traffic offense like speeding, the stakes aren’t high, costing you maybe one or two hundred dollars. But at night, when police officers are looking for drunk drivers, everyone they pull over is a DWI suspect.

The most difficult portion of that statement, as you might have guessed, is “intoxicated.” One simple way an officer can show some evidence of intoxication is for you to roll your window down all the way. By doing so, you are removing any barrier between you and the police officer, making it very easy for the officer to allege “they smelled alcohol on your breath.” Although this is a very flawed way to determine if a person is intoxicated, cops have been using this reason to justify a DWI arrest for decades.

Another way they can show you were intoxicated is through field sobriety tests (e.g. the horizontal nystagmus, walk and turn, and one leg stand tests). If you lose your balance on the walk and turn or one leg stand tests, you fail the tests. And they can use this as evidence of intoxication. And if you fail the horizontal nystagmus test, which has a false positive rate of 70%, they can use that as evidence of intoxication. Because these are seemingly objective “tests” telling the officer if you are intoxicated or not, an officer can fall back on you failing these tests as “objective” evidence you are intoxicated.

Finally, the police officer will ask you to take the biggest test of all — a portable breathalyzer test (this is the handheld version, not the big breathalyzer machine they have back at the station). Breathalyzers have a high false positive rate — especially if you still have alcohol in your mouth because this will create an artificially high BAC reading. A false positive rate is the number of people who are actually under the legal limit, but who blow into the breathalyzer and get a high reading that is over the legal limit. People who are actually under the legal limit who get arrested are treated the most unfairly by the system because they are arrested for something they didn’t do.

And if you look at the statistics for DWI arrests in Austin, one in every three people arrested will never be convicted of DWI. This is the highest rate of DWI dismissals for any city in Texas. This is definitive proof that at least some people that are arrested are innocent of driving while intoxicated, but get arrested anyway. 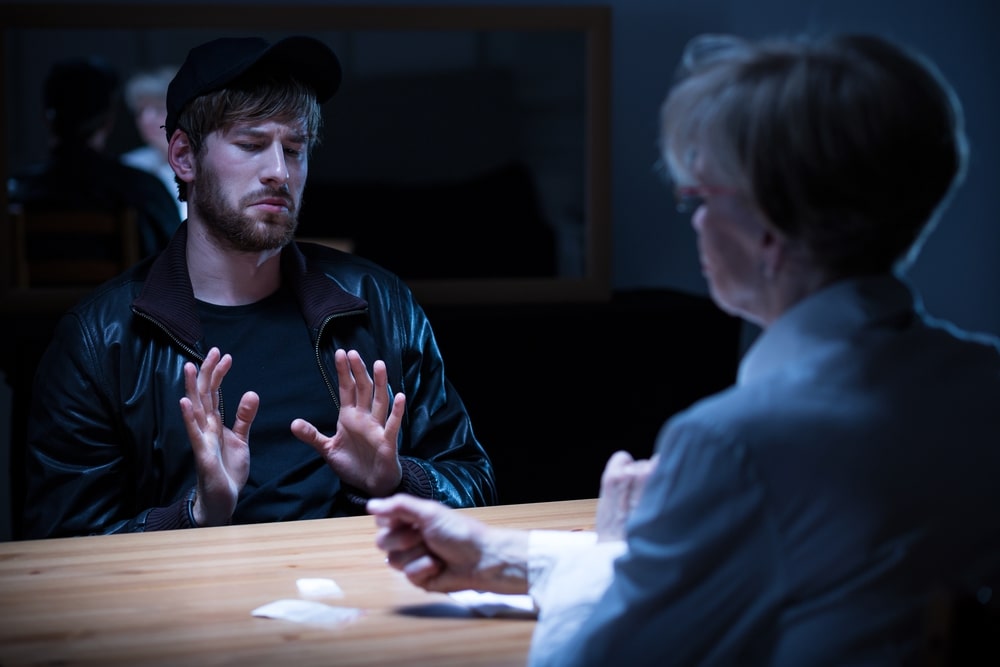 This is not surprising because Austin Police Department has one of the biggest DWI Units in Texas. And the police officers truly think they are doing good, by getting drunk drivers off the road who might cause an accident. But at the same time, they arrest a bunch of people who are just trying to get home, and who aren’t breaking the DWI law.

If you’re one of these people, and you don’t fight your DWI case in court, you will be admitting to a crime you did not do.

So to best protect yourself from being accused of a crime you did not do, the only person that can incriminate yourself is yourself. So if you answer the officer’s questions — you were coming from a bar, you had a few drinks, and agree to perform the officer’s field sobriety tests, you are almost guaranteeing a DWI conviction — regardless if you are over the legal limit or not.

So to not incriminate yourself and make it harder to beat your case (especially if you’re not doing anything wrong), just say this, “I’m sorry officer, but my attorney told me not to answer any questions without him present.”

And if the officer asks you to step outside of the car to perform field sobriety tests, just say this, “I’m sorry officer, but my attorney told me not to perform any tests without him present.”

Whatever the officer asks you to do, just replace the “I’m sorry officer, but my attorney told me not to perform any [blank] without him present.”

This way, you set yourself up for success and make it that much more likely that you end up as one of the three people that will never be convicted of DWI.

← Drinking and Driving isn’t Against the Law, But it Will Get You Arrested

What Happens If Your Boyfriend Slaps You →